What You Need to Know

The (WLV) is a department within the Federal Ministry of Agriculture, Forestry, Environment and Water Management and is responsible for technical competence and construction management for everything to do with natural hazards such as floods, mud/landslides, rockfalls and avalanches that present a high safety risk to the population, their living, housing and economic space and infrastructure. In 2002, the WLV published a document entitled "Guideline for the verification of rockfall catchment fences" which was used as the basis for testing and verification of the systems. The guideline was updated in 2005. These guidelines were used to test the first generation of Trumer barriers. In 2010, a revised version of the guideline was published which addressed the adoption of the ETAG 27 guidelines in Europe.

The basis of the guideline was to establish the verification of the system capacity following realistic 1:1 scale field tests with the following requirements:

Testing for systems according to the WLV guidelines was carried out at the test facilities in Erzberg, Austria. The approval process was administered by an independent testing body within the Montanuniversität Leoben. 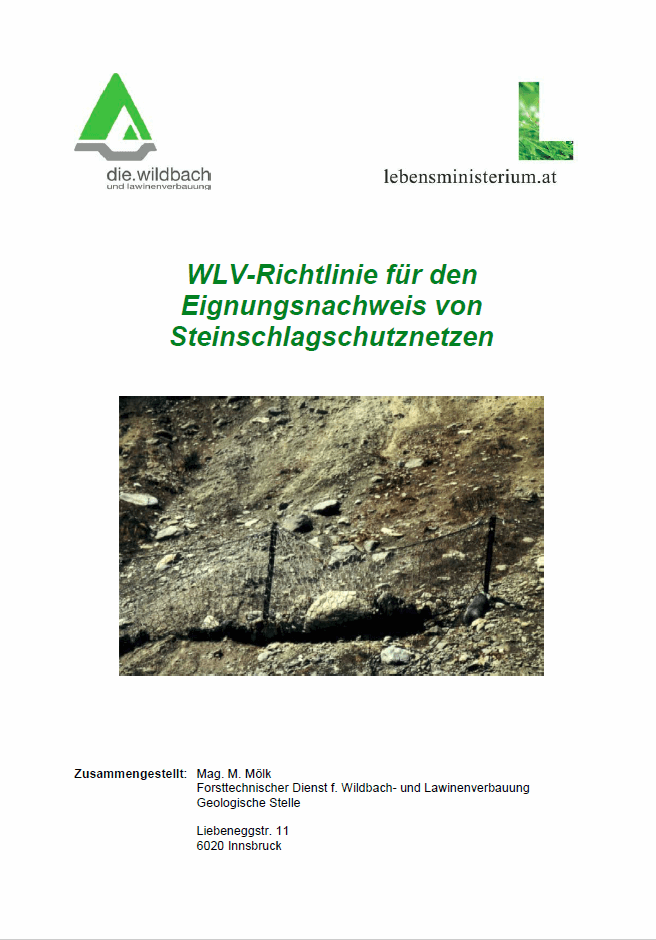