The ONR 24810 also sets out guidelines for the construction of the rockfall catchment fences that are meant to ensure the structures are positioned and laid out in a manner that will best ensure their proper functioning. These constructive rules also help reduce efforts for long term maintenance of the system.

Minimum Distance to Element at Risk

This can also be written as: 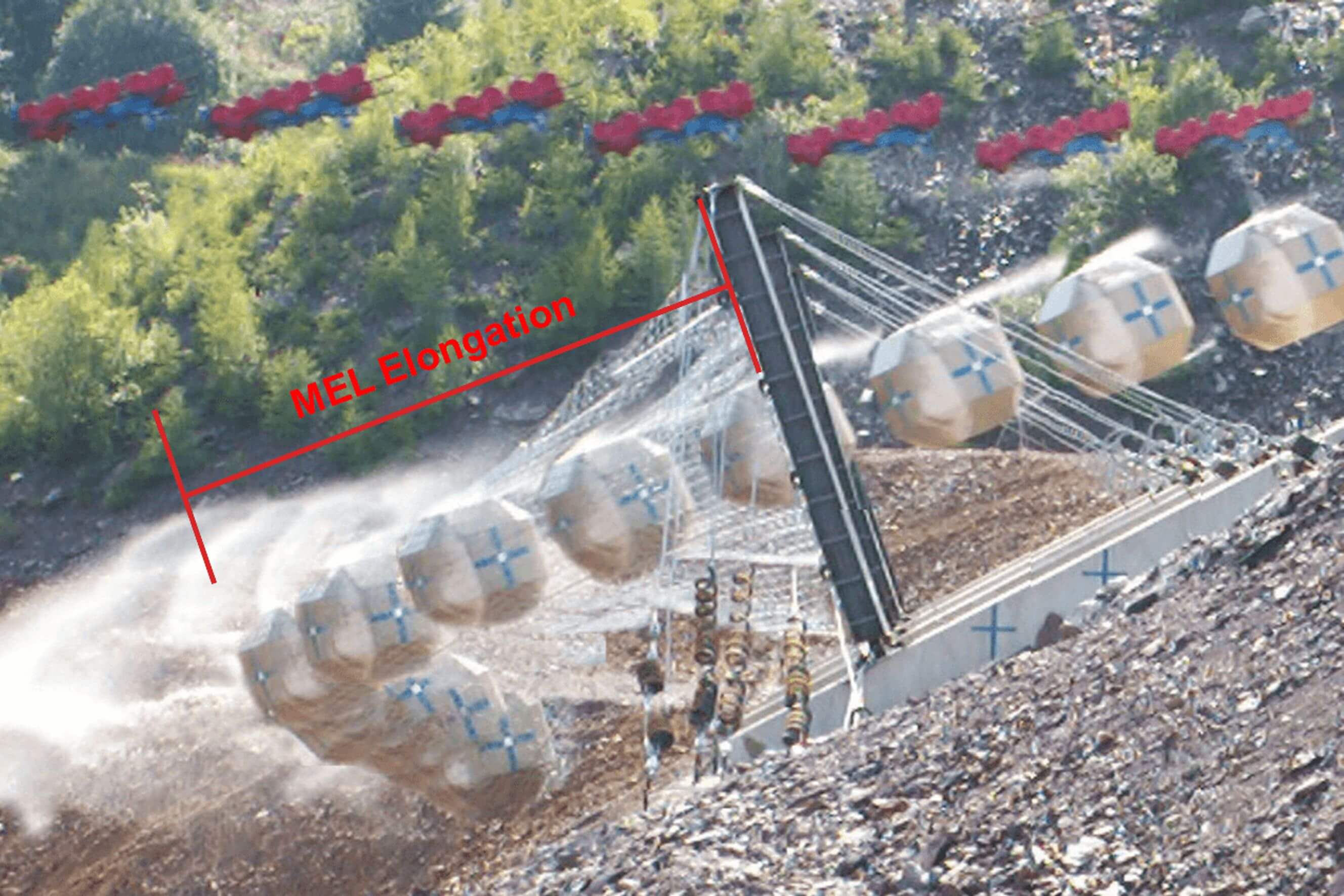 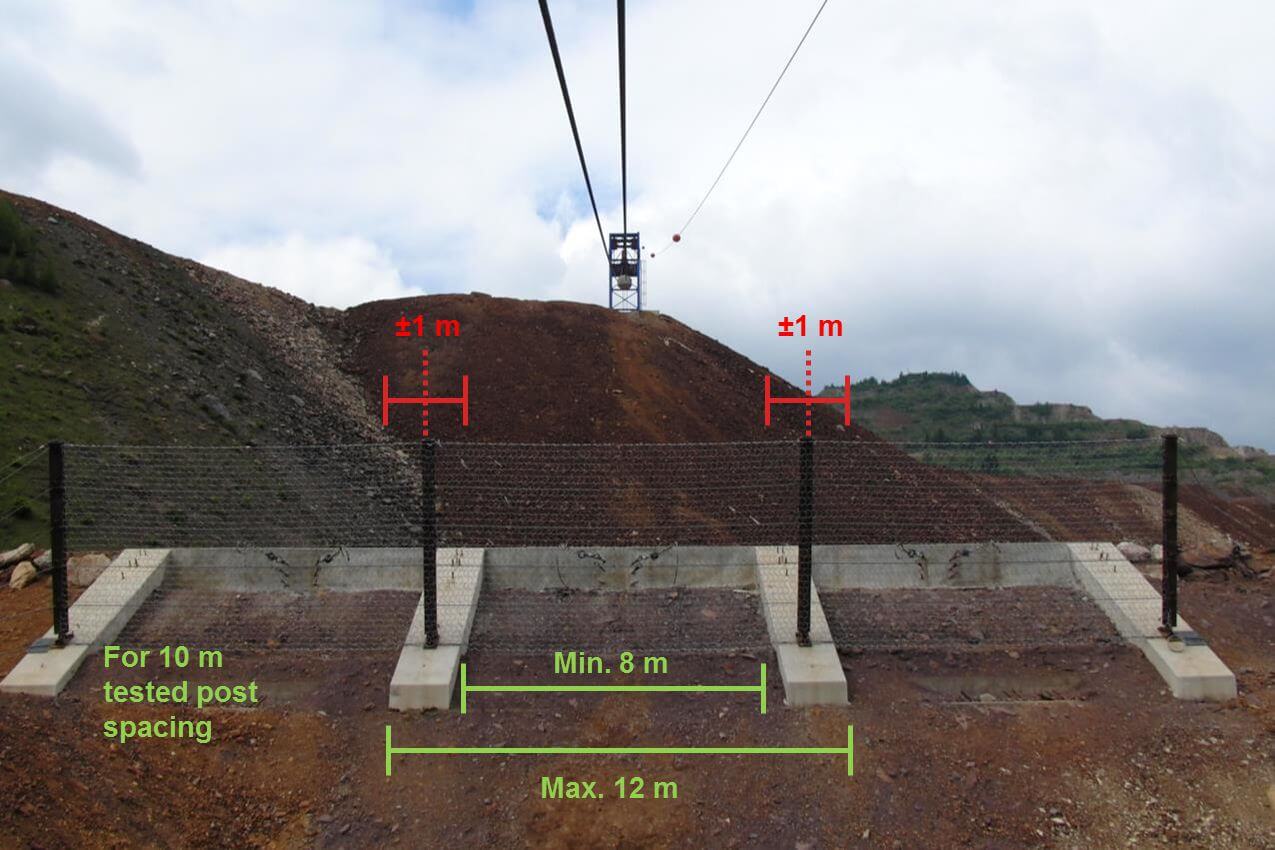 The length of a rockfall catchment fence should be kept to a maximum of 60 m. Longer systems require internal anchoring whereby the forces in the bearing ropes can led to the ground at intervals no longer than 60 m.

Systems comprised of less than three fields (i.e. 4 posts) of fencing are not covered by the ETAG 27 or EAD 340059-00-0106 guidelines and are therefore considered special constructions. A qualified expert must carry out the design on a case-by-case basis. 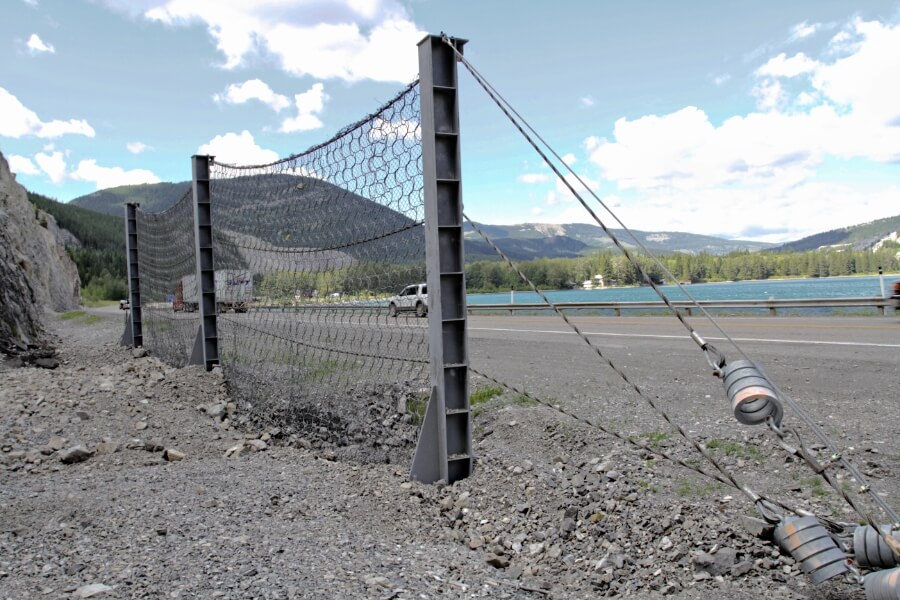 In general, it should be avoided that end fields occur in the hazard zone. However, if this is unavoidable it is necessary to ensure that there are no net openings of more than 10% of the nominal height between the boundary post and the net as tested during an MEL test according to ETAG 27 or EAD 340059-00-0106.

For overlapping rows, the two systems should overlap by a full field length and the rows must be offset in the fall direction by a minimum distance defined by the MEL elongation. If smaller overlaps are necessary, then the 10% rule is also applied. 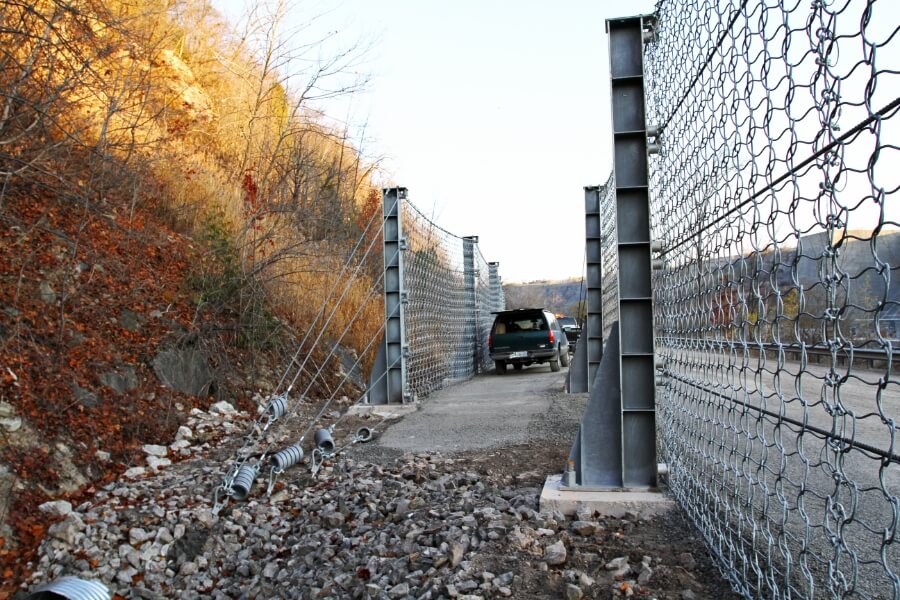 There are two accepted methods of ending a system in a near vertical rock face. The first method shown below isolates the end field so that it acts independently of the rest of the system. In this case, the support cables end at the vertical plane and are attached to anchors without any brake elements. On the opposite end of the support ropes, double the number of regular brake elements are installed and are led to an anchor. This allows the net to be secured tight to the rock face in such a manner that it will not pull away in the case of an impact. As well, this method isolates the forces experienced in the end field.

The second method shown below is more simple, where the support ropes end at the rock wall, attached to independent anchors and having brake elements. In this case, the end field remains part of the entire system. It should be noted that due to the expansion of the brake elements, the net will pull away from the rock face towards the first post in the case of an impact, thus leaving a potential for debris to pass through the system. 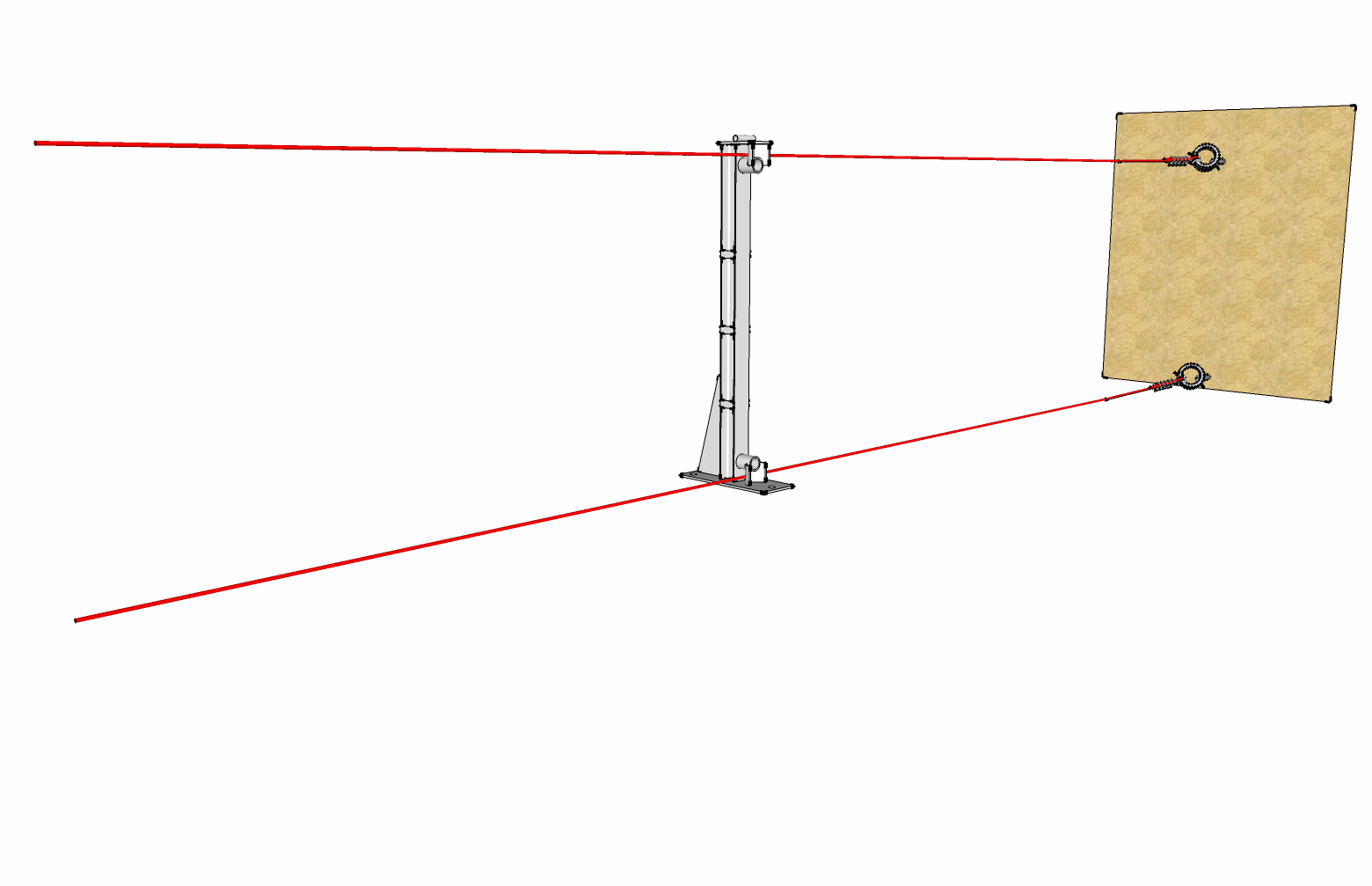 Pocket or sack nets are used to cover minor topographic depressions. There are two acceptable methods of installing such nets, for each case the both the net and the supporting rope must be the same as that used for the primary system. It is important that the additional materials do not interfere with the functioning of the system (e.g. reduction of deformability, blocking of brake element path, etc.). In the first method shown below, an additional support rope is led through anchors found in the depression and is spliced on to the primary lower support rope using wire rope clips. It is important that the wire rope clips are located in the center of the adjacent fields. This method is suitable for both large and small topographic deviations. 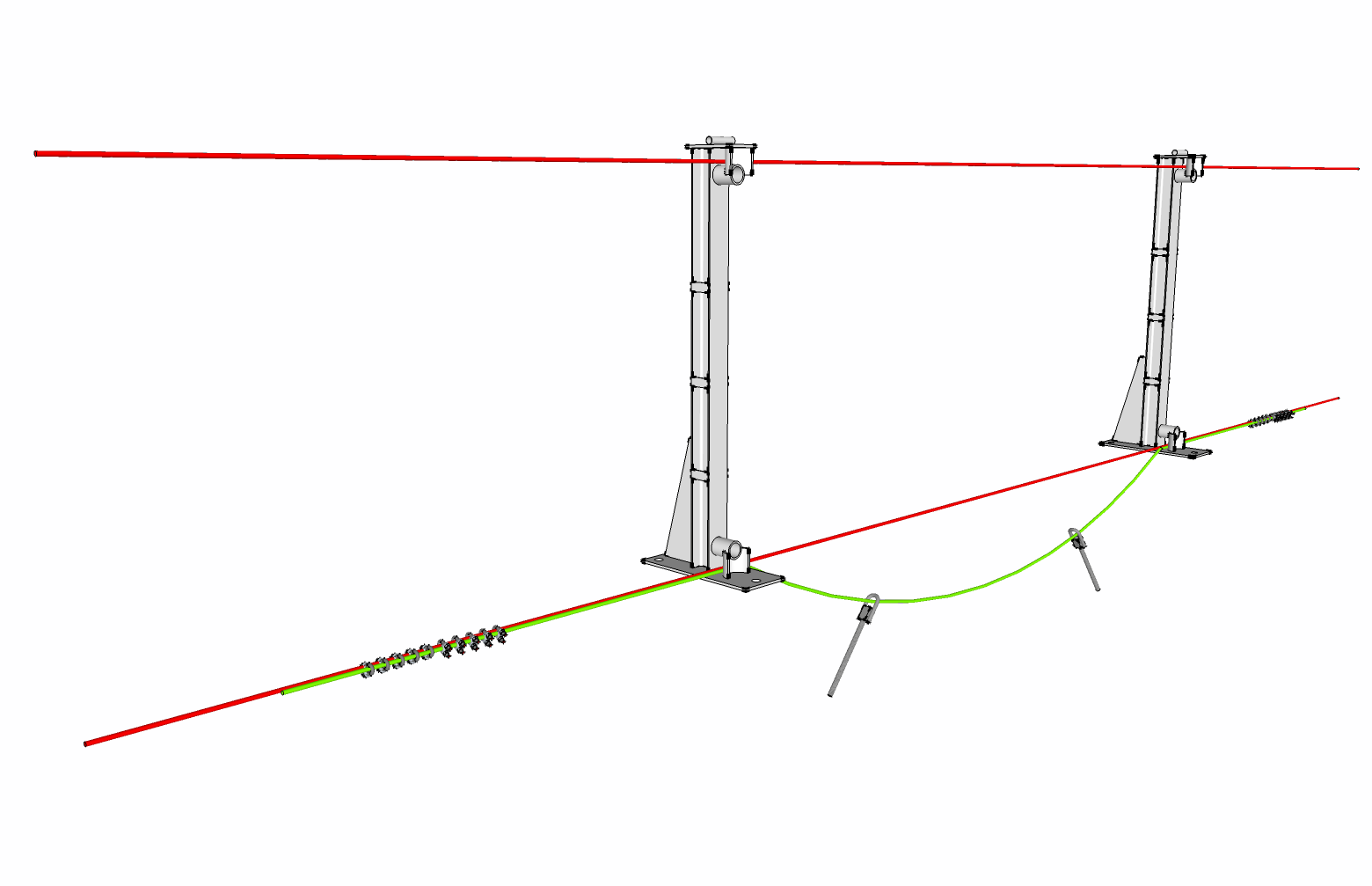 In the second method, the primary lower support rope is deviated through anchors located in the depression. This method should only be used for minor topographic deviations. 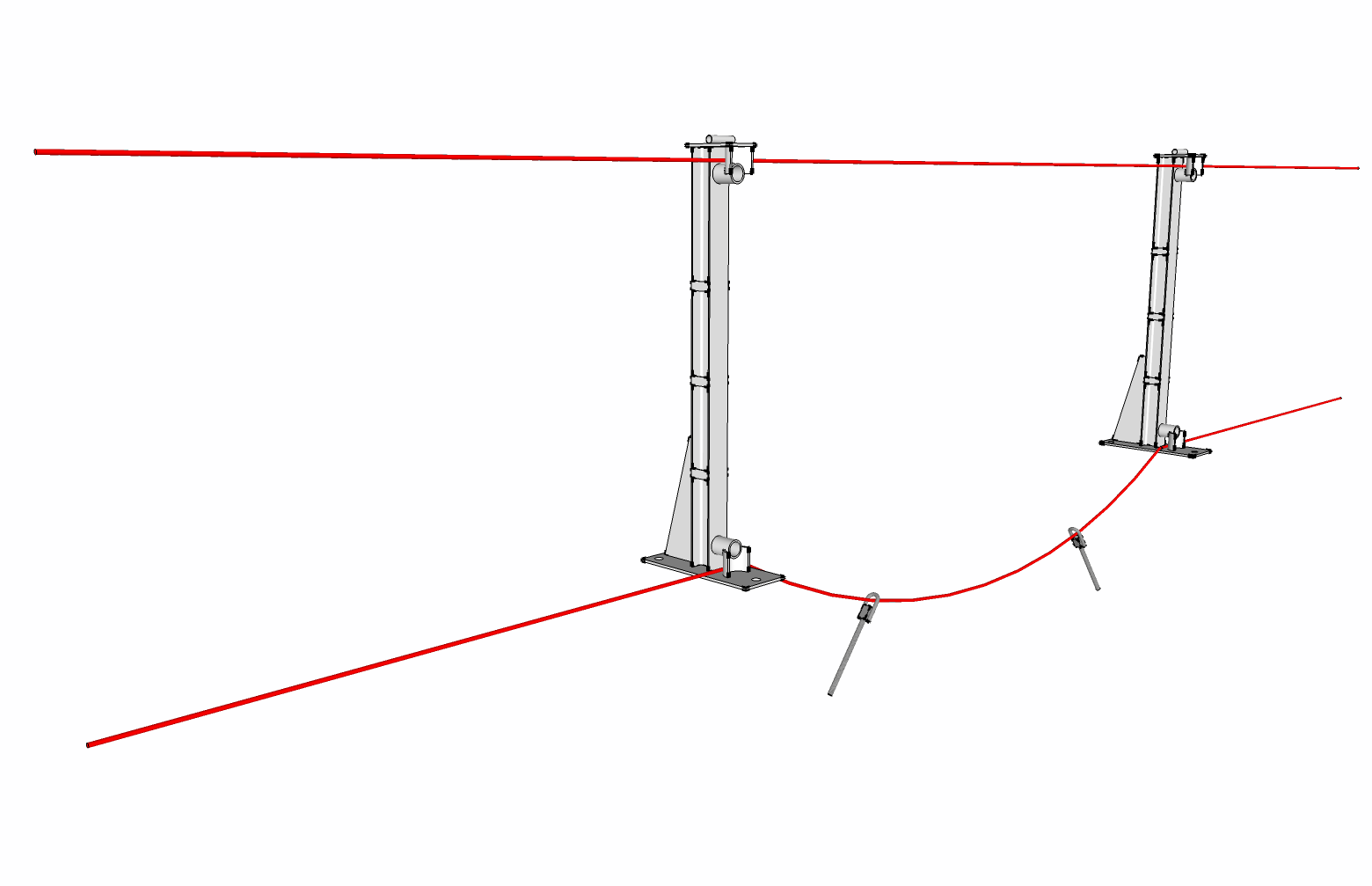