What you need to know

There are currently no published standards specifically for the design and application of flexible-net debris flow mitigation structures. Until recently, the closest resources were a series of technical guidance notes and suggested guidelines published by the Geotechnical Engineering Office of the Civil Engineering and Development Department of the Government of Hong Kong Special Administrative Region. Similar to the Hong Kong documents, other standards such as those published by the Austrian Standards Institute are focused heavily on rigid in-flow structures, though their general design approach is widely used for dimensioning flexible-net structures. The Swiss Federal Institute for Forest, Snow and Landscape has published a technical report on the topic, though it is specific to one make and type of barrier.

As a result, approaches to the design of flexible-net debris flow mitigation varies significantly from manufacturer to manufacturer and from region to region.

ONR 24800, 24801, 24802 and 24803 are a series of comprehensive documents published by the Austrian Standards Institute which focus on torrent control measures.

ONR 24800
The first of the series lays down a foundation for discussion, defining terminology for various aspects of geomorphology, structures and mitigation measures.

ONR 24801
This document outlines the loading conditions that are applicable to rigid in-flow structures. Though the loads are not identical to those experienced by a flexible-net system, they provide a logical and conservative approach which is often used for dimensioning. The diagram below is taken from the standard and shows the process model on the right hand side and the action model (i.e. the load scenario experienced by the structure) on the left. The line separating the two labeled "S" is the transference of parameters from process to action. This transference must be considered while dimensioning a flexible-net system. 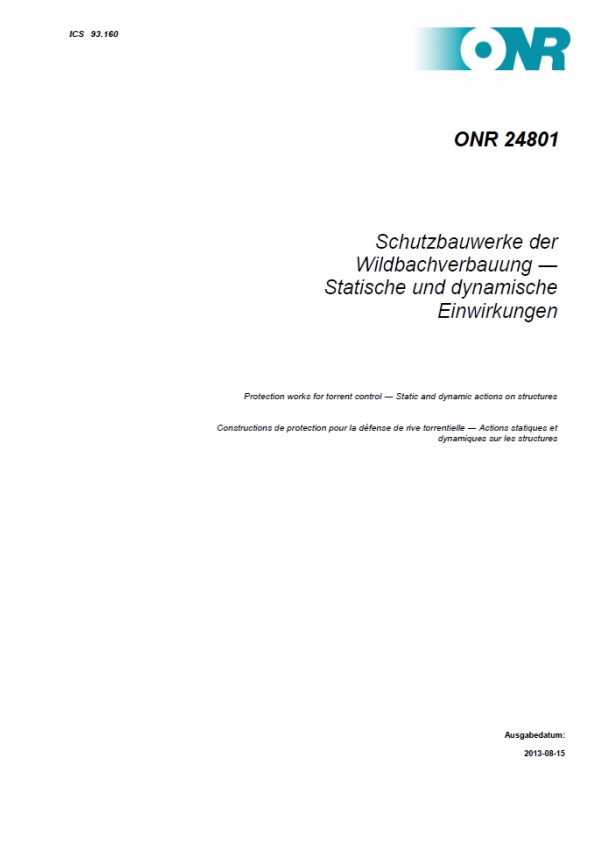 ONR 24802
The subject of the third standard is the application of mitigation measures. It covers various stages of planning, dimensioning and construction.

ONR 24803
The last standard is focused on the operational aspects of mitigation measures, including inspection and maintenance. It covers the life cycle of structures.

Hong Kong has produced substantial literature on the topic of debris flow mitigation structures. One of the most often cited documents for the design of flexible-net debris flow mitigation structures is "Suggestions on Design Approaches for Flexible Debris-Resisting Barriers, Discussion Note 1/2012" published by the Geotechnical Engineering Office within the Civil Engineering and Development Department. Though not a standard, it outlines an approach for dimensioning barriers by two methods: the force approach and an energy approach. Of these, the force approach is the most often used.

The diagrams below are taken from the discussion note and details the loading scenarios. 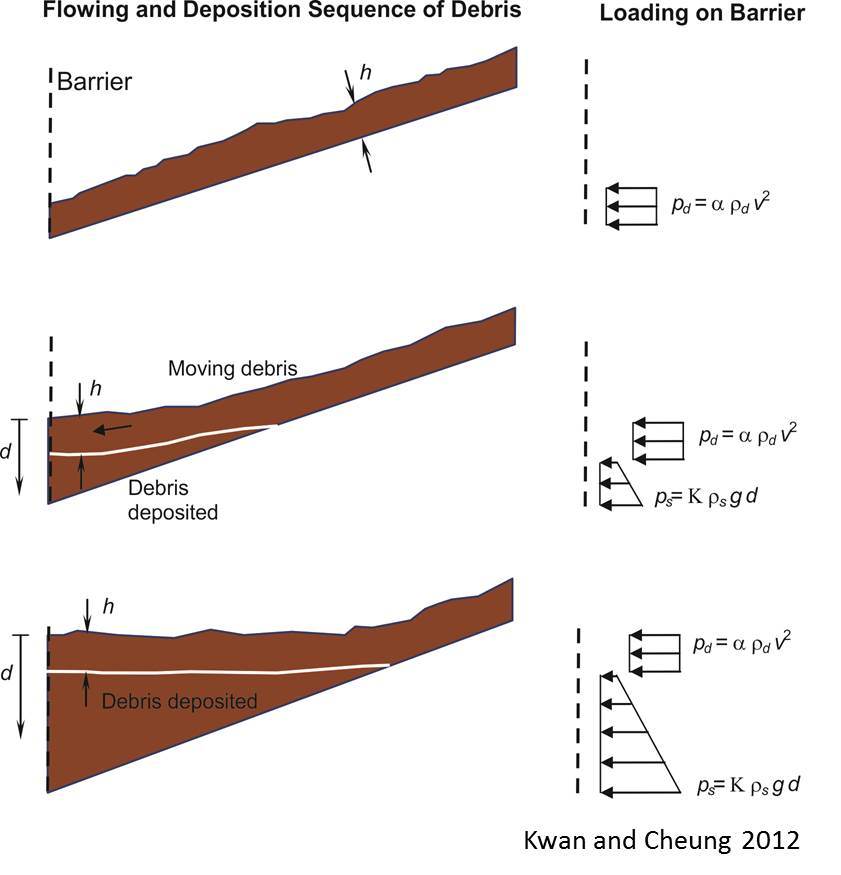 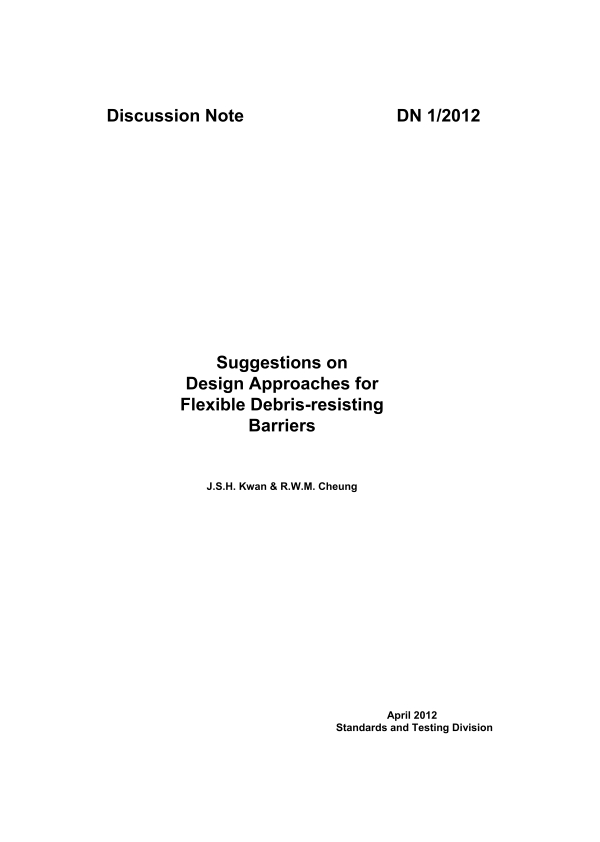