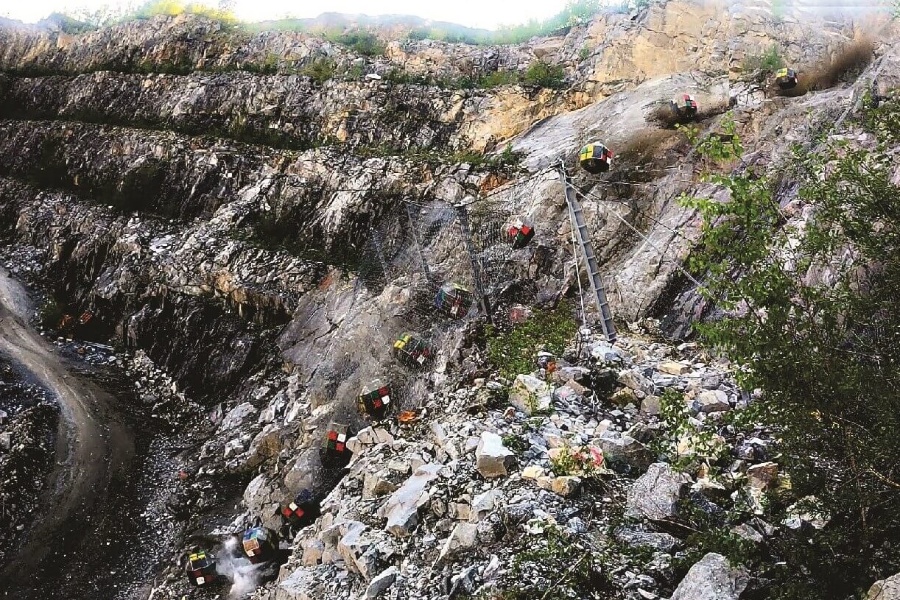 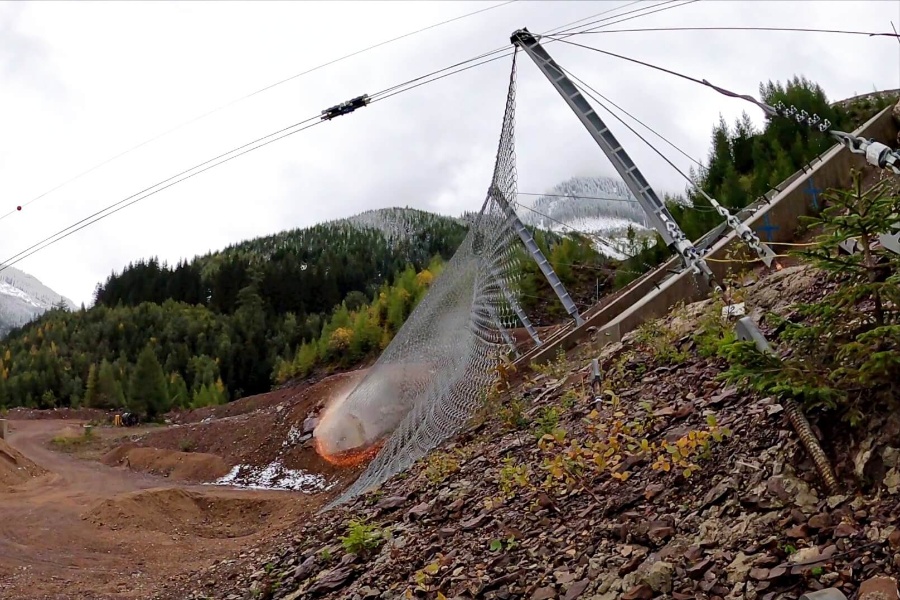 Attenuators have been used in North America for many years where they are intended to help control bounce heights and reduce energy of falling rock. One of the primary functions of such structures is that they are designed to allow debris to carry through and exit the system at its lower boundary. In this way, they are often called "self cleaning" systems. Though no standardized testing procedures exist for attenuators, various groups have carried out their own testing. Up until recently, the highest energy systems tested for most systems was magnitude of approximately 500 kJ.

In 2011, TRUMER was the first to test hybrid rockfall catchment fences of both 1000 and 3000 kJ capacities while following the ETAG 27 test procedure where possible. These systems differ somewhat from attenuators in that they are designed to significantly reduce the initial impact energy (up to approximately 80%). Experience from these tests help access the possibilities of larger attenuators.

In 2021, responding to the need for a high-energy attenuator for a major highway widening project, TRUMER tested a 6000 kJ rockfall attenuator system, the largest such system in the world. Two ETAG 27 style Maximum Energy Level tests of more than 6000 kJ were carried out consecutively, without repairs to the system. In addition, the system was tested by by rolling an approximate 8700 kg block into the system 13 times, with an average total impact energy of 2701 kJ. The resulting average dissipated energy was 1373 kJ.

Attenuators are increasingly being used throughout the world and though much more data regarding their testing and performance is needed, these systems are proving to be valuable tools for rockfall mitigation.