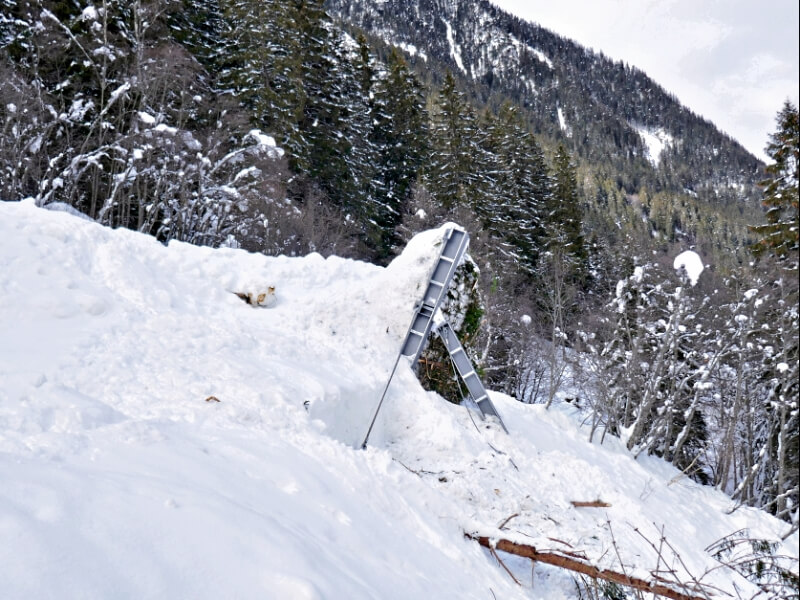 The video above shows a powder avalanche impacting a Snow Catcher system in Austria. The installation is part of an ongoing research project to better understand the interaction of avalanches with flexible net systems.

The system was installed in late 2018 and has been impacted several times by both wet and dry avalanches. The photos show the system following a wet avalanche containing large amounts of woody debris.

These systems may provide effective mitigation of smaller avalanches by controlling the dense portion of the flow and reducing run out lengths. Where as traditional net systems are installed as static defense structures in the initiation zones and must cover the entire area, linear defenses such as the Snow Catcher are installed closer to the elements at risk thus having lower installation costs and easier access for maintenance.

For more information about Snow Catchers, . 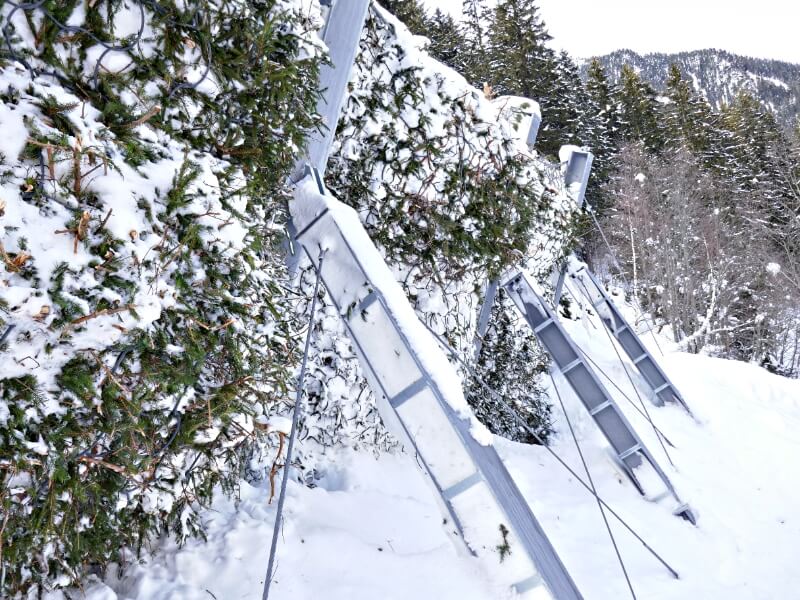 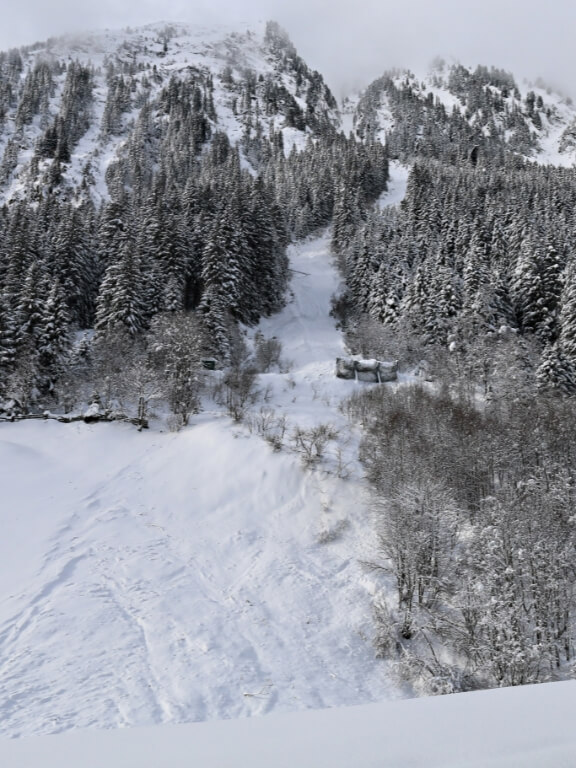